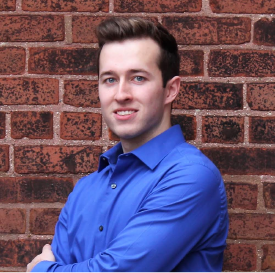 From singing in Crestview’s children’s choirs to playing with the Youth Worship Band in high school, Zack Sempsrott has been involved in music at Crestview for his entire life. Zack is the grandson of Charles and Elaine Sempsrott, founding members of Crestview and follows in the footsteps of his grandfather Charles, who sang in Crestview’s Chancel Choir since its inception. Zack plays many instruments, but you will mostly hear him on guitar and vocals as he leads Crestview’s Worship Band and produces videos for on-line and in-person worship. Zack also enjoys working with Crestview’s A/V team. Outside of Crestview,  Zack spends time recording music and playing throughout the region with pop rock band, Rosewood Coast while he is studying to be a Software Developer.